A dog’s digestive system is very distinct from yours, and their bodies are also very different. Dogs also need a different metabolism than humans, and the food they eat will differ as well.

When your dog eats something that isn’t on their usual menu- we have seen our pups eating something that they shouldn’t, like a human drug, any other prescription, or any delectable treat like chocolate or nuts.  In situations like this, your dog may have to throw up the product it ate in order to restrict further issues from occurring.

Vomiting is a way to remove something harmful from the body of your dog. It is a quick way to throw up what they ate.

Knowing how to make a dog vomit , however, is important.

When to induce vomiting and when not to

Is it safe for me to try and make my dog throw up?

In the first place, you must know whether your pet is suffering from an illness or not. For example, if he has been bitten by a mosquito and has developed fever as a result of this disease then vomiting is acceptable in some cases because it will help remove all the toxins from his body and keep him healthy.

But if he is underweight due to any other reason then throwing up may cause serious damage on his internal organs which can prove fatal for him later on in life; therefore inducing vomiting should be done under the supervision of a veterinarian

Inducing vomiting in dogs is an important step in a veterinary procedure called emesis. Inducing vomiting means inducing the dog to vomit by administering certain medications or other agents.

Inducing vomiting can be done for many reasons, including to remove a foreign body from the stomach and prevent it from causing further damage to the digestive tract, or if the dog has ingested something toxic that could cause life-threatening problems.

Hydrogen peroxide to make a dog throw up

Hydrogen peroxide is an EPA certified drug in the United States and a Food and Drug Administration (FDA) approved drug. It’s commonly used as a household cleaner, but also widely sold over-the-counter for dogs that have eaten poison or any toxic substances such as plants or other materials with potentially harmful ingredients . Hydrogen peroxide should never be given to puppies under 6 months of age.

According to PetMD, hydrogen peroxide is a “topical antiseptic that is used orally as a home-administered emetic in dogs when clients cannot transport the patient to a veterinary hospital in a timely manner.”

Hydrogen peroxide 3-percent solution is the recommended medication for making a dog throw up. luckily, it is something that many of us have in our home.

Additionally, few of these emetic training regimens can be potentially dangerous and should never be tried at home without having it under vet supervision – If you decide hydrogen peroxide is right for your dog even though they don’t throw up as promptly as desired : go back one step until you reach this point

Many dog owners and veterinarians incorrectly believe hydrogen peroxide is a safe solution that helps dogs vomit. In reality, hydrogen peroxide caused vomiting in many dogs to require surgery because of the amount of damage it did to their esophagus.

There are a few conditions that hydrogen peroxide should not be used as an emetic agent. Some of the best-known examples include lethargy, perforated esophagus, vomiting aspiration pneumonia, and vomiting seizures . In order to determine if an animal would be at risk for one of these conditions and therefore preclude hydrogen peroxide as an emetic agent, it is first important to conduct a thorough vet check up.

How To Make a Dog Throw Up Safely

You’ll need to first check with your vet or a phone hotline- like Pet Poison Helpline at 855-764-7661 or ASPCA Animal Poison Control at 888-426-4435 to get their advice in order to find out if there are any pre-existing veterinary conditions that might impact the dog’s ability or inability throw up.

If your dog has eaten something poisonous, the veterinarian may recommend that you make your dog throw up. If this is done quickly, it should ensure there are no further problems.

Complication that may happen when making a dog throw up

Vomiting for more than 45 minutes may lead to:

Circle back to your veterinarian at the earliest opportunity.

Timing is censorious, and to be on the safe side is to take your canine to the veterinary office or crisis center to have spewing prompted. Now and again, other treatment may likewise be required, like IV liquids. Furthermore assuming you haven’t been fruitful making your canine vomiting, your vet might give him a more grounded medicine to dispose of the substance he gulped, just as the hydrogen peroxide.

How to make a dog throw up without hydrogen peroxide

What household items can make a dog throw up?

you may want to try non-alcoholic or alcoholic beverages such as beer or apple cider as an alternative emetic training technique before trying hydrogen peroxide again .

How to make a dog throw up with hands?

Assuming you’ve at any point attempted to actuate vomiting inside yourself, you definitely know what’s going on with the hand method.

Embed your fingers the whole way to the back of your dog’s mouth—as far back as you can proceed to contact the region for a couple of moments.

Assuming the canine gives indications of hurling, discharge him.

Then again, assuming nothing occurs, rehash the cycle on a couple of more occasions.

Cease and carry the canine to the vet assuming you don’t get any outcomes later in a couple of endeavors.

How to make a dog vomit with baking soda?

When your dog takes a couple of tastes of baking soft drink blended in with water, the soluble compound will respond with the acids in his stomach causing a development of CO2 gas.

As the gas development builds, the stomach will grow to a point that it will oust what is on the Gastro-intestinal tract.

Mix 1 cup of water and 1 teaspoon of baking soda, make sure that the baking soda is dissolved in water completely.

Slowly feed this mixture sip by sip to your dog until he vomits. Stay with your dog till he’s done.

How to make a dog vomit with salt?

Salt is an effective way to make a dog vomit. Yes, you read that right. And when we talk about salt, we’re not talking about table salt. We’re talking about “sea salt,” the kind you find at the supermarket.

To initiate heaving in your canine is to take a half teaspoon of salt, which won’t just taste horrendous however will as a rule bring about disgorging.

To oversee salt viably and securely, vet’s proposes shifting your canine’s head back, opening her jaw, and putting the salt on the back of her tongue prior to delivering her mouth with the goal that she can swallow.

On the off chance that no vomiting happens inside around three minutes, rehash the means and the measurements. Assuming she doesn’t upchuck from that point onward, suspend the salt method and get her to a specialist as fast as could be expected.

THE ARTICLE IS INSPIRED BY AKC American Canine Club 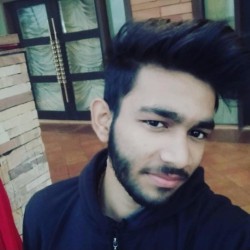